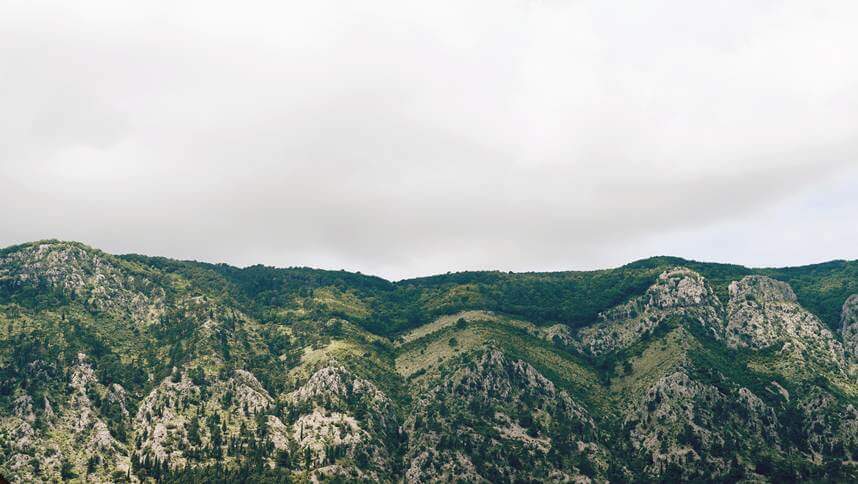 Renowned for its mountainous terrain and rocky cliffs, Montenegrins can brag themselves with beautiful and still untouched natural treasures. Many people visit Montenegro mainly for its beaches, gorgeous blue bays, and a scenery that will leave you breathless anywhere you go, but Montenegro isn’t only about the coastline, but the country inward has a lot to show for.

It’s good to point out, while we’re at it, that even though Montenegro is one of the smallest European countries, we can still point out the value of the natural treasures cooped up here, with 5 national parks registered, given the size of the territory, it’s a lot.

The Montenegrin National Parks are areas that hold an exceptional kind of natural beauty, and all the more, their main role is to preserve a balance of diverse and rich ecosystems. The mosaic of magnificent landscapes that include glacial lakes, wetlands, relict forests, pastures and river streams shows the history if its geological development.

Four out of five of these parks are located in the mountainous region, making them an astonishing destination for all the nature lovers out there, but if you haven’t been to Montenegro yet, be sure to check out what kind of secluded gems you will find here, and experience Montenegro.

The landscapes of this Biogradska Gora National Park is comprised of forests, meadows, water basins, mountain heaths, while the Biogradska  Lake is located in the middle of the Park, with three more lakes present in the area – Ursulovacko, Pesica and Sisko. Some of the tree’s age within Biogardska Gora is estimated to be over 400 years old, and some of them are more than 40 m high.

This park represents one of the first protected areas in Europe, and with this act regarded as visionary back in 1878., Montenegro has become one of the first European countries which initiated preservation of nature in a such systematic matter.

Biogradska Gora acommodates  26 floral communities with about 2000 species, amongst which 20% includes endemic species of the Balkan peninsula. The largest is bird population, especially forest songbirds, but also, there are predators, while the population of insects, reptiles and amphibians make an important link in preservation of ecological balance of the ecosystem.

As you can already gather, the ecosystem of primeval forests represents a strictly protected natural reserve, and besides the ever present fish fauna, the fauna of water insects holds a great significance. Rocky mountain sides and peaks are home to some of the rare bird predators, such as griffon vulture and hawk, which is why this National park is one of the must places to visit in Montenegro.

A different kind of Montenegro experience on mount Durmitor

Durmitor represents a mountain area of Northern Dinaric Alps, which is reflected in the type of wildlife. Wildlife is partly mountainous, party highland, but Mediterranean influence is also present, since there are 168 bird species present, amongst which there are some pretty rare specimen such as golden eagle, griffon vulture, kestrel, little owl etc.

If you are a fan of history, here you will come across preserved prehistorical remains, such as tombstones, which are the early proof of Illyrian and Roman presence. Looking further back into the past, there also necropolises dating from Medieval period, as well as ruins of old Ottoman bridges and fortresses. Folk spiritual art has a particular cultural value and it’s expressed through legends and stories that are usually inspired by nature, people and mostly historical events that happened in this area.

Durmitor National Park holds 13 glacial cirques, 18 glacial lakes and forests with some of the trees being older than 400 years, and, at the same time, it is the highest mountain in Montenegro, as tall as 2525 m.  Durmitor is the largest national park in Montenegro and it has been on the UNESCO’s list of World Heritage Sites since 1980., and at the same time, the Tara River Canyon was declared as World Ecological Reserve, being the second deepest canyon in the whole world, and also if you want to go rafting Montenegro presents you Tara, the only place where you will truly master the experience.

Lovcen mountain is probably the most famous for its sacral architecture featuring some modest village churches with single or triple bell towers. Villages themselves are populated and built in ancient, medieval style with stone houses, simple vaults and water tanks. The most popular cultural monument contained in this park is located on the top of Jezerski peak where  the Mausoleum of Petar II Petrovic Njegos sits. He was a famous Montenegrin ruler and priest, as well as a famous poet, with works such as Gorski Vijenac.

This marvellous and mythological mountains lyes located in the sea of rocks and is connected to the Adriatic sea by the old caravan road called known as serpentine. It is located in the juncture of two climates – Mediterranean and Continental. The vast cultural heritage is mainly contained in memorial monuments, churches, traditional architecture and old roads, but when it comes to natural treasury, here you will come across more than 200 bird species, as well as reptiles, butterflies, and ents.

If Montenegro resorts are what you are looking for after a long, hard day in the mountains, in the fresh air, enjoying and exploring the stunning nature of our country, be sure to come down to Boka Bay, and Porto Montenegro, a luxurious resort that will provide you with all the breaks you need, as well as an opportunity to sail the Boka bay straight from our beautiful marina, and thus a chance to discover more of this Montenegrin jewel.