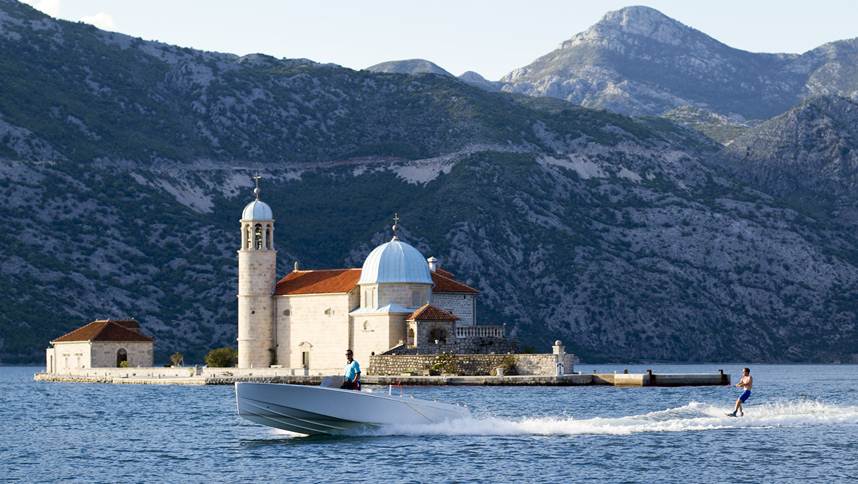 The history of Montenegro is very colorful, but as with so many things in the Balkans, not as straightforward. The events that occurred in this part of the world centuries ago, impacted the frequent changing of civilizations and different cultures in this area, and every one of them left their mark on today’s wealthy history of Montenegro.

Our country can proudly say that it guards and protects every piece of its material and non-material heirdom from times that are long behind us. Having that in mind, we strongly believe that knowing Montenegro at its core – is possible only with familiarizing with its history.

Why is it important to know the history of Montenegro?

The answer could not be easier – history is a way you fall in love with a country. It is a first contact, a way to establish a connection of the times passed and understand the profound story it’s telling.

History and tradition create trust, an unbreakable bond, allowing you to appreciate the remnants of the past, and the legacy that is still tactile. Alive.

We believe that the Porto Montenegro marina is a great, luxurious addition to the great, heroic past and story we are about to present in the following lines. Also, that the way you look for your second home should lead through history, tradition, and rich heritage.

All of these values are present and are part of the life that is less ordinary, which we strive to provide for you – and we wouldn’t be able to do that without tapping into the past and allowing it to inspire us every step of the way. 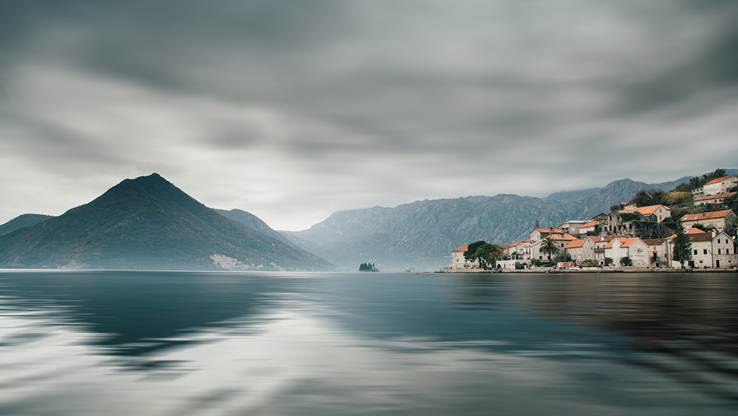 Montenegro – the history of its name

There were several names for our country through time – Duklja, Zeta, and Montenegro. The name Duklja comes from the name of the most prominent urban center from the period of the Roman Empire. It was the Roman municipium fortified with high walls and ramparts. In the city center, there was a forum, basilica, and other important buildings.

The name of the city Duklja originates from the name of the Illyrian tribe – Docleati which inhabited the central area of today’s Montenegro. From the stamp of Duklja’s prince Petar, we know that there was some kind of a state named Duklja in the IX century.

The literature from that time, such as The Chronicle of the Priest of Dioclea or Duklja describes the political climate and the social life of the time.

Our country bears the name Zeta from the XIII century. Due to many turbulent events, the demographic history of Montenegro – then called Zeta, changed many times. These transformations were topics of many folk tales and legends, in which we can find out more about the rulers, saints, warriors, but merchants as well.

In the middle of the XV century, our country is officially known as Montenegro – probably because of its massive mountains covered with rich and picturesque vegetation.

The Illyrian and Roman mark on the history of Montenegro

Many years ago, in BC, several Illyrian tribes – the Ardiaei, Enchelii, Labeatai, Docleati, Pirustae, and Autariates inhabited the territory of today’s Montenegro. There is much archaeological material that teaches us about their lives – and many legends about their beliefs are part of our contemporary traditions as well.

In the period of the Roman empire, the territory of Montenegro became a part of the Dalmatian imperial province. On the coast, the new roman villages began to sprout and two important roads were crossing the Montenegrin territory.

The beginning of the Slavic era in the history of Montenegro

In the second half of the IV century, the Slavic tribe allied with the Avars, and together – they spread throughout the Balkan peninsula. The Avars – as famous for invasive overruns clashed with Byzantine and therefore the previous alliance with Slavs failed. The Avars were forced to withdraw, and Slavs continued to inhabit Balkan.

One part of the romanized Slavs went to the coastal fortified cities, and others moved to the mountains. Under the strong Byzantine influence, Slavs made strong tribal alliances with each other, which was the base for later states such as – Croatia, Raška, Duklja, etc.

When they inhabited the new territory – The South Slavs accepted Christianity. 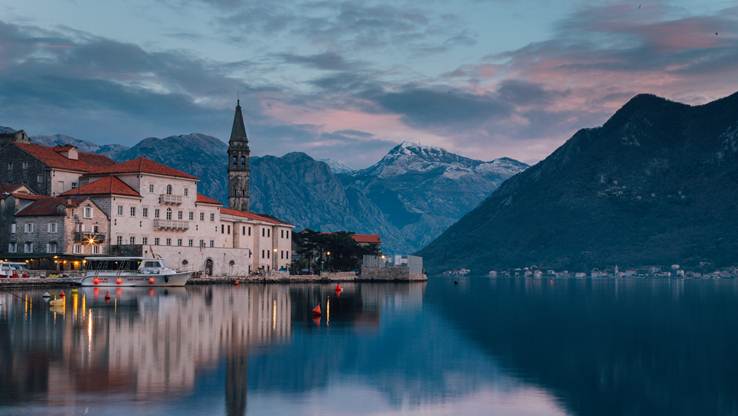 Duklja – the important part of the history of Montenegro

One of the most important moments in our history is creating the first state named Duklja. The archon Petar is the first personality mentioned from this period of the principality which stretched its borders between Boka Bay and rivers Bojana, Zeta, Morača, Piva, and Lim.

At the end of the X and the beginning of the XI century, under the government of Prince Vladimir, the territory of Duklja is expanding. In 1077. Duklja becomes the kingdom and one of the first independent states in Balkan.

Zeta – the antecedent of modern Montenegro

Zeta became part of the Raška state in the period of its ascent. Zeta was governed by the Nemanjić dynasty also known as the young kings. The coastal towns had their autonomy and statutes. The most important city of all was Kotor – the economical and cultural center of Zeta.

The culture was mainly influenced by Christianity and therefore the main historical heritage from that time are churches, monasteries, and many frescoes that adorn the walls of temples until this day. Literature works made back then are well protected in treasuries, libraries, museums and they are an important part of the history of Montenegro.

The history of Montenegro and its Ottoman chapter

The second half of the XIV century was marked by Ottoman conquests in Balkan.

The Balšić family rose to prominence and established a base, thus beginning claiming territories along the Adriatic coast. However, several attempts of seizing Boka Bay and Kotor remained unsuccessful.

One part of Boka Bay was under the government of the Republic of Venice in 1420. and became an important trading port. The dominion in Montenegro belonged to the Crnojević dynasty and in the period of their administration, Montenegro got its first pressroom and first printed book.

In 1496. Mehmed the Conqueror started the conquest of Balkan, and Montenegro failed under Ottoman control. The Ottomans introduced duties and forced military service. Montenegrins resisted and started to create tribal organizations to protect the interests of their families and brotherhoods.

The Cetinje Metropolitanate had a strong impact on Montenegrin lives, and it was led by a Bishop who gathered the Montenegrin tribes to resist the Ottoman regime.

The final rebellion against the Ottomans in Montenegro history

The Ottoman grip on Montenegro was still strong, but Montenegrin bravery and persistence resulted in the final retreat of Ottoman armies. Unknown and inaccessible terrain gain the needed advantage to the natives.

Crucial for Montenegro’s history is the Cetinje monastery which became a bastion of the Orthodox church, the last stand holding out against Islam. Even though it was burned and robbed several times, it succeeded in its mission to stop the Islamisation of the population which was especially visible in rural parts.

The centuries have passed and battles continued until the final clash in 1875. where Montenegro finally won by conquering new territories. With the Congress of Berlin in 1878. granting Montenegro finally got independence from the Ottomans

The history of Montenegro is colored by turbulent events throughout history. For many years the country wasn’t at peace and that resulted in a very unstable and unfavorable economic situation. Montenegrins, united with Serbs, Bulgarians, and Greeks, finally expelled the Ottomans from Balkan.

Throughout this period Montenegro succeeded to take over Bijelo Polje, Berane, and Plav, which was the closest we came to the borders of Serbia in 500 years. This was the period when the unity of Montenegro and Serbia was mentioned for the first time and heartily supported by the king dynasties from both sides.

World Wars, Yugoslavia and the prelude to modern Montenegro history

Before the said union took place, World War One intervened, and Montenegro entered it on the side of Serbia and the allies. When the Great War was over, Montenegro conjoined the newly created Kingdom of Serbs, Croats, and Slovenes and later the Kingdom of Yugoslavia.

It was the big precedent in history because it was the first time that South Slavs were united in a mutual state. However, at the very start, there were severe political and economical problems in the state. The territory of Montenegro became a part of Zeta banovina, and the name Montenegro was officially discarded.

After WWII, the devastation was out of proportion, leaving millions dead, homeless, and displaced in every possible way. For the Balkans area, also including the Montenegro history course, it finally ended in 1944.

Soon after, the communist federation of Yugoslavia was established, a state where Tito was determined to create an environment where no ethnic group will dominate the political landscape. In this environment, Montenegro became one of the six republics, together with Serbia, Macedonia, Croatia, BiH, and Slovenia.

This use to be a tight union, but nothing lasts forever, and neither did Yugoslavia. The union became fragile after Tito’s death in 1980, and it led to the independence of former Yugoslavian republics. 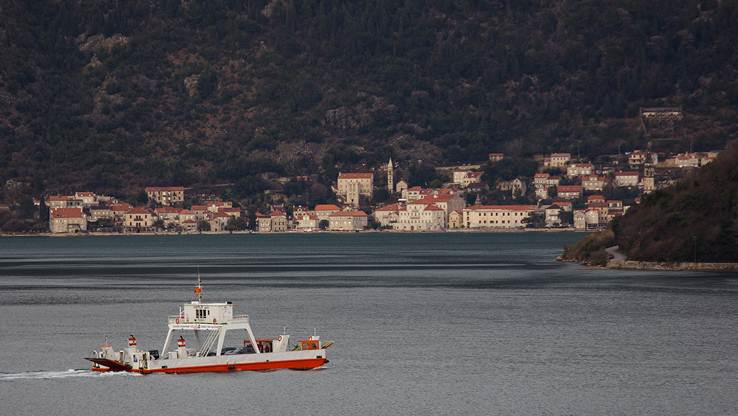 The modern history of Montenegro and its final independence

The modern history of Montenegro, especially after the crush of Yugoslavia, was probably the most tumultuous sequence in Montenegro history altogether. With the former republics dropping off the union one by one, the Milosevic regime, the bloody war in Bosnia, and NATO bombarding of the country, Montenegro again insisted on garnering and defining their own distinct identity.

Finally, in 2006, a majority of Montenegrins voted for independence, and the modern state of Montenegro was formed

As we mentioned earlier, the past is our great inspiration, and we have an earnest and immense desire to display it in subtle details, primarily in the architecture style we used, as well as interior design and the insistence for exploring and deeply discovering our country and its rich heritage.

We hope you fall in love with it too, its history, its nature, and its candor, and choose Porto Montenegro rentals to be your second home!