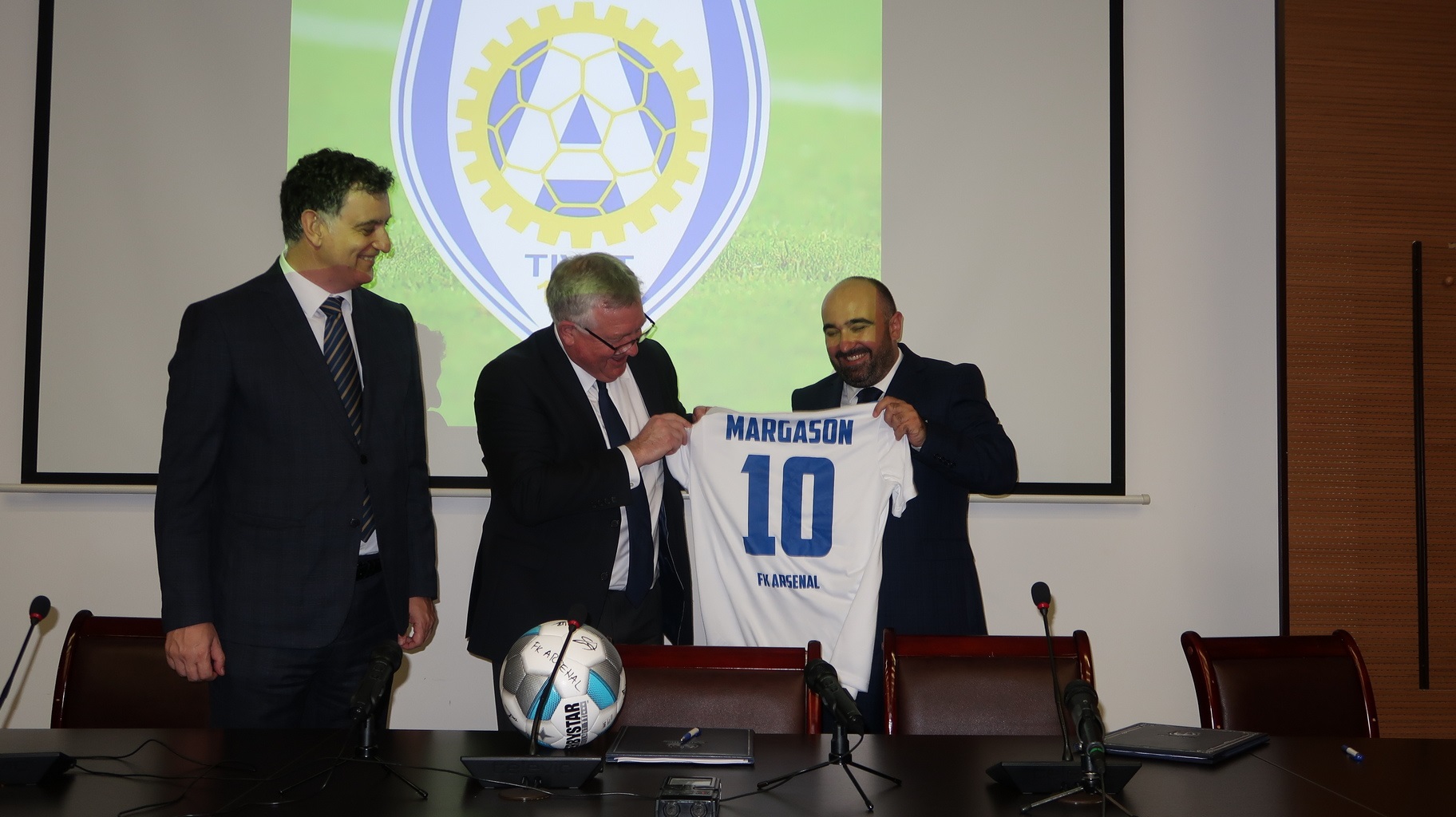 Tivat’s Arsenal Football Club and Porto Montenegro have signed a major partnership agreement that not only supports the development of sports in the town but also sets the club up for transition to a higher rank in the Montenegro national league.

The president of Tivat municipality, Željko Komnenović, reiterated the current local government’s promise to support the club in its goal to have a strong presence in the Montenegrin First League (Prva Liga): “For FC Arsenal, as the biggest sports brand of Tivat, this sponsorship is highly strategic,” he said. “It is a 10-year agreement, which no other football club in Montenegro has, and I believe that it will enable us to have a new Prva Liga team as soon as next season.”

Komnenović added that the partnership is further evidence of the improvement in living standards and the whole way of life in Tivat.

On signing the contract, David Margason, CEO of Porto Montenegro, said: “We are thrilled to be partners with Boka Bay’s historic and cult sports institution, FC Arsenal, because it’s clear that the club has great ambitions for its future. We are glad that its management accepted the collective vision of working with the administration and community of Tivat to build a football brand that will have a far-reaching influence on sports tourism in the town. This will also create opportunities for the club and young locals to network with international sports personalities and others who visit Tivat for rest and training focused on football.”

“Our goal for FC Arsenal is not only to enter the Montenegrin First League but eventually to qualify for the European Champions League,” said the club’s president, Dejan Kandić. “This is one of the best contracts any club in Montenegro has – and it will go a long way to helping us to achieve our ambitions. For that, we thank Porto Montenegro, which has once again shown itself to be a socially responsible company that is committed to supporting the local community.”

“We are honoured that Porto Montenegro is able to contribute significantly to the start of a wider initiative of sports tourism,” added David Margason. “In future, we want to expand the programme with sailing, rowing, cycling and several other sports that fit perfectly in Boka Bay – which is becoming one of Europe’s most sought-after destinations for entertainment and training.”