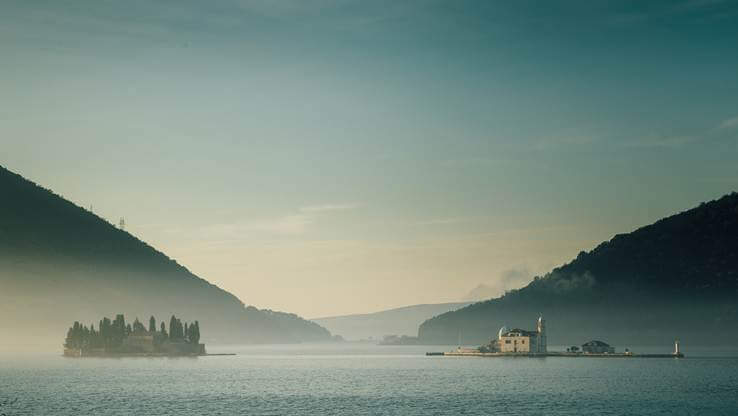 Rarely do you come across the beauty that leaves you struggling for superlatives, so breathtaking you’ve few words to describe it, the beauty that stays unique no matter the time of the year or a point of view from which it is observed.

That is why Boka Bay was included in the list of 28 most beautiful bays in the world in 1997. As from 1979. one part of it is under UNESCO protection. Everyone who visits Boka Bay gets enchanted by the beauty of it.

Many choose to stay here forever, and those who mastered the art of words, communicated their impressions with the following:

“… covered with the sky like blue silk, you are more beautiful than your seaside fairy and brighter than her necklace ….” – Aleksa Santic

“Amphitheater made of stone and sea” – Franjo Alfirević

Their words captivated the contrast of the blue sea, rough, gray, steep mountains, but also mild, green hills. Above the blue sky the colors along with the sea change from yellow mimosa, over red and white camellia to magnolia flower and indigenous oleander.

All those colors and the contrasts of nature, but people as well create the Bay of Kotor – along the coast, cities surrounded by mighty walls, on the slopes of hills old villages, bell towers, paths, fortifications, islands on the sea, and holy places on them.

A turbulent history has been created from a bay coffin full of details, each with its own story – sometimes cheerful, sometimes sad, mysterious but intriguing anyway. You can discover the Bay of Kotor by following the old paths and winding roads along the sea, but also the serpentine roads along the mountains.

It is wonderful to watch the bay from a height, but still, the way it has been done by the sea for centuries is the most beautiful, and with a small boat, yacht, or ship you will make familiarizing with the Boka Bay unforgettable. 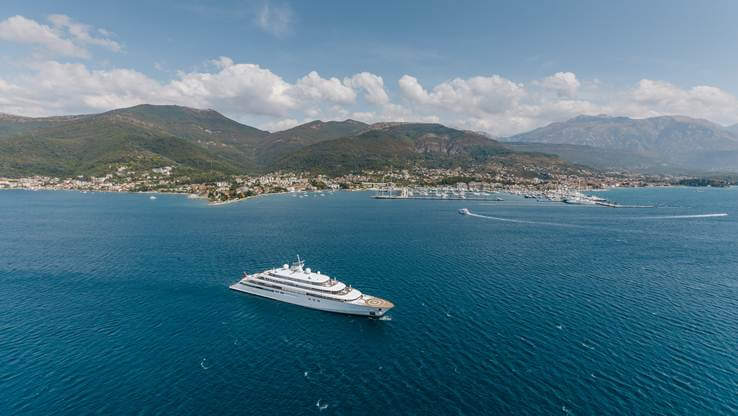 Boka Kotorska – cities on the seafoam

The towns of Boka Kotorska are located on the coast, by the sea. The configuration of the soil dictated the rules of construction, the use of local material, in other words – adaptation to nature.

Another reason for the location of cities along the coast is the marine trade that the inhabitants of these cities have developed through time. Maritime affairs made our cities important trade and nautical centers through which the goods were exchanged, thus, they became a target for conquerors.

The battles at sea and in front of the fortifications as well resulted in defense investing, so now on the shores of the bay we have beautiful fortified cities that are unavoidable destinations for tourists from all over the world.

Tivat – the city of wine and boats

The newest town in Boka Bay is Tivat. When it comes to life in this part of the bay, the story goes far back in time. Archaeological sites testify to the importance of the Tivat climate from the Neolithic period to the present day.

The bay of Tivat played an important role during the Middle Ages when the nobles of Kotor had their estates there, for example, Old Saline was owned by aristocratic families.

The great period of sun, clean air, and sources of drinking water made it possible to plant fruits and vegetables. The variety of wine produced in Tivat Marzamino di Teodo, which were served in the courts was widely known.

The summer houses of the Kotor rulers were arranged along the coast and provided the owners and their guests a nice and pleasant vacation. Today, there are no rulers of Kotor, but Tivat is still a place to relax and enjoy the long summer and winter days as well when this part of our bay is the sunniest.

The period of the 19th century was marked by the administration of Austria and later by Austro-Hungary. The width of the bay was crucial to create a naval center there, open a military arsenal and provide jobs for the local population.

The started to be created, it got today’s outlines, but it also got one of the most beautiful and richest parks on the eastern Adriatic coast. Today, the luxury complex  Porto Montenegro is located in the most beautiful location in Tivat, on the site of the former Arsenal.

Accommodation within luxury hotels and apartments will provide you the atmosphere of those aristocratic families who once enjoyed the benefits of the Bay of Tivat. Our port will provide a berth for your yacht or boat with which you can go on a tour of the Bay of Kotor and also visit the rest of the Montenegrin coast.

When you approach the Bay of Kotor from the sea, the town that welcomes you at the very entrance of the bay is Herceg Novi. The city which is covered in flowers, oleander, agaves, palm trees, mimosas leaves you breathless. Built from sea to hill, it testifies the excellence of people to use smart every inch of land and create a comfortable and safe place to live.

There were wars, the authorities changed, and each one left its mark on architecture, but also in the richness of intangible cultural heritage. It was built and demolished, but the spirit of Novljan, as we call the inhabitants of this sunny city, remained the same and made the city an art center.

The widely known Art School has given birth to many world-famous painters and sculptors, and the festivals have opened the doors to tourists who want to feel and experience the spirit of Mediterranean life.

Perast and Our Lady of Skrpjela

At the foot of the hill Sveti Ilija –  is Perast, a baroque town, one of the most beautiful on the Adriatic. In front of Perast, there is Verige, the narrowest part of the Boka Bay – here, a long time ago, people of Perast, used to set up large chains from one side of the sea cape to the other to prevent enemy ships from approaching the city.

Perast has been a frequent target of conquerors in the past but thanks to the courage of its sailors and captains it has always been defended. Unlike other cities on our coast that have their walls, Perast does not have any.

The Castle of the Holy Cross above the city was used for defense, as well as the towers that were built next to the old captain’s places. Mediterranean Baroque architecture adorns this small sleeping town in the Bay of Kotor, which wakes up with the first arrival of tourists, at the first signs of spring.

A large number of houses, narrow streets, and small squares are full of visitors who want to learn more about the town’s rich maritime tradition, Golfaloijeri-guardians of the flag of St. Mark, the first nautical school, carnival festivities but also about writers, bishops, and painters.

In front of Perast, there are two islets. Natural island with the church of St. George and artificial island – Our Lady of the Rocks, which is one of the most visited churches on the Adriatic. The story of the origin of this islet and the church itself is quite interesting.

Namely, back in 1452, two brothers, the Morteshics from Perast, found a picture of Our Lady with a child on a small rock, on a cliff near St. George. Encouraged by inexplicable events related to the painting, the people of Perast decide to build a chapel on a cliff and keep the image of Our Lady there.

They towed and sank the old ships of the sailing boat, it is said that there are more than a hundred of them, they brought stones and sank, thus creating an island on which they built a church in 1630.

At the end of the century, the interior of the church was painted with masterpieces by the painter Trip Kokolja, and on the main altar stands the same painting found a long time ago on a cliff, after which it got its name. The church and museum on the island keep great treasures that speak of life at sea.

There is also one of the richest collections of Ex votes – silver votive tablets that sailors, captains, Bokelj left to Our Lady as a thank you for surviving a shipwreck, a fight, and healing.

Apart from Tivat, Herceg Novi, and Perast, on the shores of the Boka Bay, you should visit the Risan town of the Illyrian queen Teuta, Prcanj, the birthplace of the most famous captain from our region, Ivo Vision, all the goodness in the captain’s palaces. All the small bay places deserve a story, they deserve a visit from those who want to learn more but also enjoy every moment.

Montenegro has become one of the most desirable tourist destinations in the world. We are witnessing an increasing number of tourists who often decide to buy real estate in Boka Bay after the visit. Porto Montenegro, located on the sunny shores of the Bay of Tivat, is ideal for this type of investment.

Luxury in the first place but security and privacy as well are guaranteed. With buying or renting an apartment in Porto Montenegro, you will get comfortable accommodation, but also a starting point for discovering the beauties of Montenegro. Anchoring or mooring in our port will provide you with maintenance but also care for your beloved vessel.

Pamper yourself, take a deep breath and start your adventure. We are here for you.