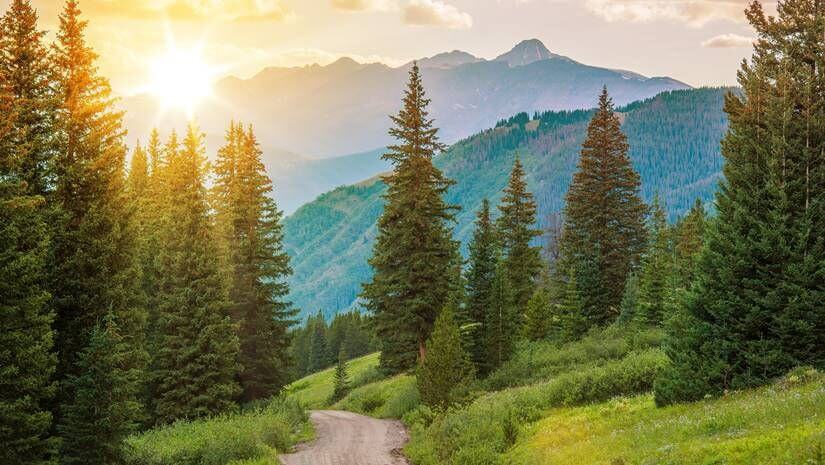 Montenegro is a small, mountainous state in south-west Balkans who shares its’ borders with Croatia, Bosnia and Herzegovina, Serbia, Albania and the beautiful Adriatic sea. Although being a small country, it is very diverse regarding the terrain configuration.

Most of the Montenegrin kilometres are given to the high Montenegro mountains, mostly situated in the north and west part of the country, but appearing also in the central parts, only to slowly disappear by the coastal plain.

The icy northern part, where the Lovćen Montenegro mountain dwells is almost always covered with persistent body of dense ice over the steep peaks, but even other mountains who plunge abruptly into the inlet of the Gulf of Kotor can be snowy, and their white caps are a miraculous sight while bathing in the summertime.

“If Montenegro could be flattened, it would be the biggest country in the world.”

Thousands of meters above sea level, Montenegro mountains occupy almost the whole country, around 80% of it. Mountains of Montenegro are some of the most inhospitable areas in the world, but if you know where to look and how to explore them – they can be spots of immense beauty. Let’s get to know more about these wonders of nature.

Lovćen mountain lays in southwestern Montenegro, and it is the basic inspiration behind the name of Montenegro – The Black Mountain because of the mountainsides covered in dense, dark green forests. The name of Lovćen was first mentioned in the middle of the XIII century, as a hunting ground of former kings.

These distinctive mountain peaks hold great significance to the Montenegrin people and their cultural heritage, being the place where their beloved hero, ruler and writer, Petar II Petrović Njegoš, is laid to rest.

Reaching some of the most beautiful viewpoints of Montenegro won’t be hard, driving through a beautiful forest before reaching a plateau with scattered private homes and villas in small but picturesque villages. You will be blown away by the majestic view of the Bay of Kotor.

The story takes us further up into the Dinaric Alps, and the Durmitor Montenegro mountains, where the lush meadows give way to stony terrain. The mountain was formed by tectonic plate movements. The snow shimmers in some crevices, and the temperature doesn’t climb above 15 degrees Celsius over the year.

The Durmitor Montenegro mountain range consists of a large plateau, 1500m above sea level and its power are intersected by deep canyons and valleys that switch through the rising peaks from this imposing mountain.

There are more than forty snowy mountain peaks on Durmitor, with altitudes above 2000m above sea level, some of which are:

The inhabitants from these Montenegro mountains are simple and traditional, in love with the traditional Montenegrin single-stringed instrument, the gusle, whose hunting sound breaks over the cliffs and empowers the surrounding mountain nature. 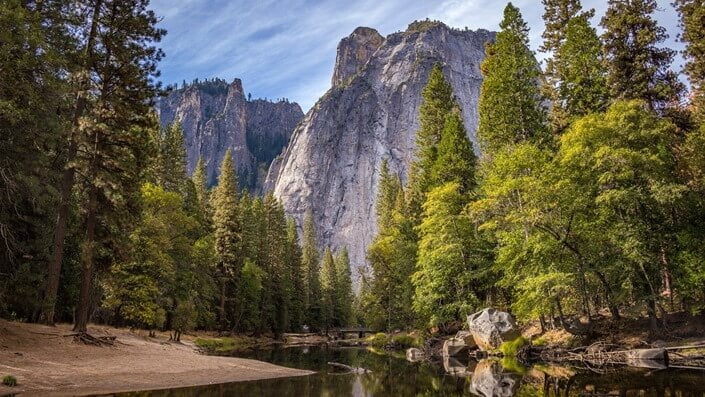 Bobotov Kuk and the “mountain eyes”

The most dominating peak of Durmitor is definitely Bobotov Kuk, known also as the Cir’s Cave. Besides the impressive nature on this, 2,523 meters high peak, the surroundings of Bobotov Kuk are 18 mountain lakes, so beautifully clean and fresh that the local people named them – The mountain eyes.

The eighteen pristine glacial lakes in the Durmitor massif are a unique natural phenomenon, like no other in the world. Each and every one of the lakes is of different origin, size, colour, amount of water and beauty of the surrounding landscape. The most approachable of them, and definitely some of the most loved by tourists are:

Unfortunately, the winter was too cold and snowy, so the snakes froze to death. When the winter was finally over, melting snow created a lake and the forests around were mirrored in the water looking like a snake’s skin.

Orjen is one of the mountains in Montenegro whose Dinaric-Mediterranean limestone covers mountain range in Montenegro and Bosnia and Herzegovina. The massif of Orjen lyes on the northwest of Risan in the Boka Kotorska, protecting this part of the bay. It has one of the most well-engineered roads across the massif, with wiggly serpentines cruising over the slopes.

The icy peaks of Orjen are the ones overseeing Boka beaches. Glaciers, dating from the Ice age, form U-shaped hollows and valleys, relieving a unique coastal scenery and phenomena.

The Natural and culture-historical Region of Kotor is a UNESCO World Heritage site, comprising the territory between Orjen and Lovćen, including all the small towns in the bays of Risan and Kotor with their natural setting. With this privileged natural harbour of the Boka Kotorska has been settled for millennia.

Reaching the views from Orjen mountain in Montenegro are extensive, but the hike and the adventure is worth the effort. The route crosses limestone pavement, through the forests and past sinkholes. There is a lake somewhere in the middle of the ascend, for those who wish to rest, and the area is ideal for enjoying a well-earned rest with the spectacular view of the sea and the Montenegrin fjord.

Bjelasica – the best ski-centre in the mountains of Montenegro

Close to the small town of Kolašin in the central highlands, a little more than an hour from Podgorica, situated almost exactly halfway between Lake Skadar and Durmitor National Parks – lays The Bjelasica Mountain, best known for country-based activities, in the mountain holidays!

Bjelasica Mountain has its own National park called Biogradska Gora, literally on the doorstep, with primaeval forests and plentiful walking and horse-riding routes to offer during the spring, summer and autumn.

It is also home to Jezerine, probably the best-equipped ski-centre in Montenegro. With several different runs available for skiers and snowboarders of all ages and experience – the perfect place to be based for our winter sports holidays.

Its relief is characteristical by the great jaggedness and numerous forms of volcanic origins, with smooth round shapes, different from the other mountains in Montenegro. Bjelasica is also known as the greenest mountain in Montenegro whose peaks show scenic panoramic views over six lakes and green valleys with wide dense forests.

Beautiful landscapes and nature harbours a different way of living. Not many people live in these kinds of conditions, but the ones that do are very old and stiff (but very warm-hearted) katun huts owners, inclined to take care of their ancestral homes. 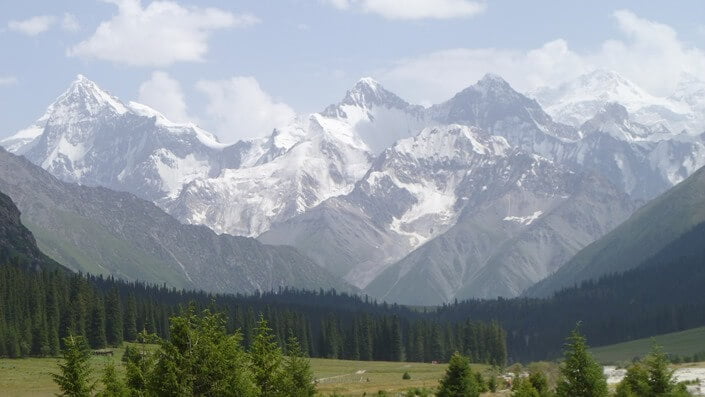 Sinjajevina – the biggest meadow in Europe

With two of the largest and most imposing Montenegrin canyons, it spreads up to the hollows of Kolašin and Mojkovac on the opposing side. On the northwest sides are canyons Tušinje and Bukovice.

It has been pointed out that the three rivers who surround Sinjajevina, flowing through the two gorges, Tara, Morača and Ljubišnja used to flow over the surface of Sinjajevina, which is notable from a large number of dry valleys which spread across the slopes of the mountain in Montenegro.

Montenegro got another national park in 2009 – Prokletije. The Montenegro Prokletije mountains are located in the southernmost part of the Dinaric Alps, a little more than 60 kilometres from Skadar lake. Being on the tripoint of Albania, Montenegro and Serbia, Prokletije gave three national parks, one for each country – that’s how rich, big and mysterious Prokletije (The doomed mountains) are.

The mountain range of Montenegro Prokletije, unlike the Dinarides, take another direction, and in some way, they are a barrier to the coastal mountains. The rise in the direction Southwest-Northeast of Montenegro starting from the margin of the Skadar (Zeta) plain ending up with the complex of highest massifs of Bogićevica all the way to the passes of Čakor and Rugova, about 70 km long, where the highest mountain peaks rise.

In these wildernesses bears and wolves still rule the forests.

This grandiose Montenegro mountain massif, with its beauty and uniqueness, attracts the attention of many visitors, during the whole year.

Relief is mostly jagged, with numerous snow-covered peaks, unwelcoming gorges, steep slopes, alps-like river valleys with 10 centuries-old villages and many other natural phenomena. The flora and fauna of the Prokletije are among the richest on the Balkan Peninsula and one of the main central European regions for arctic-alpine vegetation.

Montenegro mountains will give you a completely different experience compared to the coastal pleasures. While the Montenegro coast offers you lazy days of sun and sea, the extravagant accommodation and a chance to explore the most beautiful Mediterranean marina, the mountains of Montenegro offer you dramatic, moody vistas, rugged, wild and stunning nature which you won’t be able ever to forget.