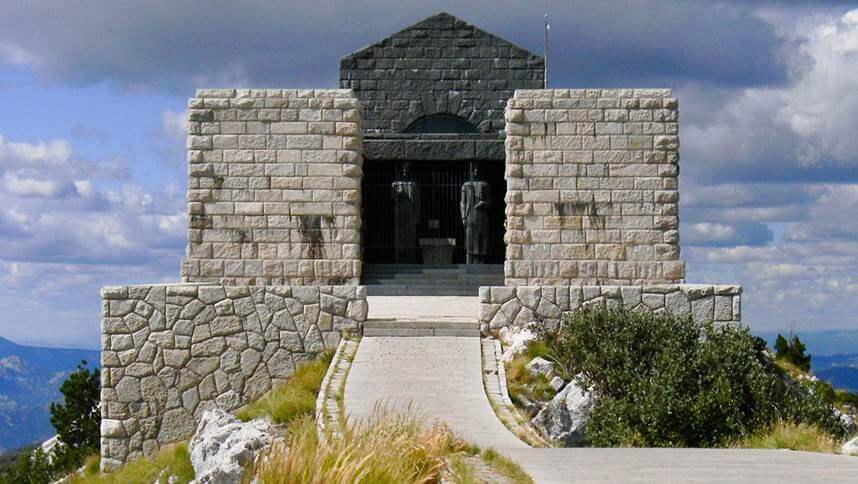 Montenegro museums are a complex cultural institution that consists of several different museums and a number of buildings, churches and art galleries. Some of those galleries even grew into separate unites and museums, currently keeping the collection of around 2.800 exhibits, including some capital works of the most important Montenegrin artists, poets, and even kings and bishops.

Not many countries have the satisfaction to call themselves places where great names are born, and great works of art are manufactured, but as small as it is, our beautiful Montenegro, it gave some of the most important works of art to the world of literature and many other niches.

This text will explain to all of you interested in visiting our country, where to look for these cultural sanctuaries, and where to satisfy the curiosity that no doubt will be awaken once you start finding out more about our country.

The most important gem of Montenegrin culture located on Cetinje is the Art Museum of Montenegro, founded in 1950., as one of the most prestigious and eldest institutions that are in charge of collecting, studying and expanding all forms of old and modern art forms.

Since then, The National Museum of Montenegro is a complex cultural institution that consists of different types of museums, many buildings, churches, and houses, all of which are of utmost historical and cultural importance.

The artistic collection of this monumental institution on Cetinje brags with over 3500 artworks, all unique in their beauty, versatile but easily reached by collections. If you’re looking for most of Njegos’ works of art – his books, letters, poems and cardinal literary works – it can be all seen here.

The all popular Art Museum of Montenegro is divided between several art galleries and organizational units, such as the two most important:

Except for the galleries that form the Montenegro Museum of Art, this national treasure is a fusion of several other niches and cultural gifts. Today, all of them have separate museums that form such a great institution that is The National Museum of Montenegro.

The Historical Museum of Montenegro was opened in 1989. Which makes it the youngest unit in the National History Museum of Montenegro. It is located in the central region of Cetinje and it follows and displays seven, chronologically different stages of our country, such as the:

Except for the important archeological localities dating from paleolithic and early middle ages, the most valuable are collections of monastery murals and wall paintings, also first printing offices and books, documents and monuments of different sovereigns.

Museum of Ethnography is one of the oldest museums in Montenegro. Its’ main function is to collect, preserve, present published originals and most interesting testimonials about life, customs and genuinely a way of living in these rocky but sea embraced areas.

Montenegro although small Mediterranean country has a very versatile and rich history, that gave the adequate, museum – worthy material. Some of the collections are proclaimed to date from the 15th century and are the best testimony and illustration of the country’s richness, material and spiritual, giving the visitors a unique insight into the folklife, culture of living and dressing, art forms and craftsmanship – both Orthodox and Muslim.

If you’re looking for a place to discover the original Montenegrin culture or have a lot of interest in archeology, there is no better place but an old Montenegro museum in Budva – the center of urban and historic events. This Montenegro museum was established in the old city center of Budva, at the beginning of the 19th century.

Even today, many of the archeological and ethnographical exhibits take place in the beautiful stone lapidarium of the building. These collections make a unique miscellany of foundings recovered from the expansion and buildings of Budva. Many of the samples date from the Hellenic age, like Hellenic gold, different types of vases, jewels, harness, eating and cooking tools, glass, silver or clay made bowls.

Myths and gold surrounding the Adriatic sea for centuries

The fifth-century b. c. was a unique mixture of the united Illyrian, Greek, Roman, Byzantine, and Slavic cultures in this area. Most valuable and exemplary beautiful samples are golden earrings and a brooch depicting a boy in the claws of an eagle, that emphasizes the myth of Zeus and Ganymede.

Museum Montenegro maritimum or Montenegro Maritime Museum is located in the city of Kotor, occupying the building of once famous, noble family Grgurina, who lived at the beginning of the eighteenth century. As Montenegro was a sea oriented country during all of its history, Naval or Maritime Museums of Montenegro can be found in almost every bigger city.

The one in Kotor has grown out of the collection founded by the “Boka Marine” Fraternity around the year of 1880. The Baroque place of the noblemen was completely restored and adapted to meet the needs of the Museum.

Porto’s maritime experience through the eye of a museum

Besides the one most visited in Kotor, there’s Museum maritimum of Herceg Novi, equally as rich and famous, and the one of a more recent date in Tivat, that presents the best qualities of Montenegrin naval industry and history to the most affluent visitors in the luxurious resort that is Porto Montenegro.

The collection of the naval patrimony of Montenegro Port Museum can be reached in the building situated not far from the beach Purobeach, and has more than 300 exhibits.

Most of them are, of course, bequeath today but you can see how old military-naval base called “Arsenal” was equipped, as well as have a look at some archaic, over 100 years old Austro-Hungarian accouterment, ship cannons, industrial machines and two old submarines over 50 meters long.

The scientific Museum of Natural History of Montenegro

Its primary intentions and function were to exhibit several hundreds of stuffed birds, primarily from Skadar Lake, but in the later years, the number of other species, animals and plants were increased and successfully attracted devoted nature lovers.

Herbarium and geological-paleontological collections are fully preserved, although many of this Montenegro museum’s animal species were damaged if the following years since the founding. Today, many of the collections are brought to life and moved to the Nature Protection building in Podgorica.

Donkey museum of Montenegro – first of its kind in the world

Once irreplaceable helper on the fields and today one of the most popular sightseeing places for tourists with children – the Donkey Museum on a small farm called Maritići, near our capital city of Podgorica.

The farm was founded in 2015. but due to its popularity and need to fix various problems considering nature, the small farm grew to be a museum that harnesses the memory of these noble animals but also presents tools that were used with them, like chariots, plows or pack saddles.

The Museum was mainly founded to perspire and inspire the protection of these kind creatures, that are still used for hard work and for carrying tourists along impassable routes. The farm and the Museum educates visitors of the use of donkeys milk – a unique cure for many diseases, as believed.

Attractive museums in Montenegro can be found all over the state, but really, some of the mentioned are the best way to get to know our country during your vacation. Starting from the vast and beautiful marina of Porto Montenegro – the promise of a complete and memorable adventure has never been more accessible.

From ultramodern rentals and lavish experience on sailing beauties owned by worlds jet-set, to beautiful remnants of the past such as buildings and alleys, accompanied by the blue jewel of the Adriatic, you can only end up with a perfect vacation.