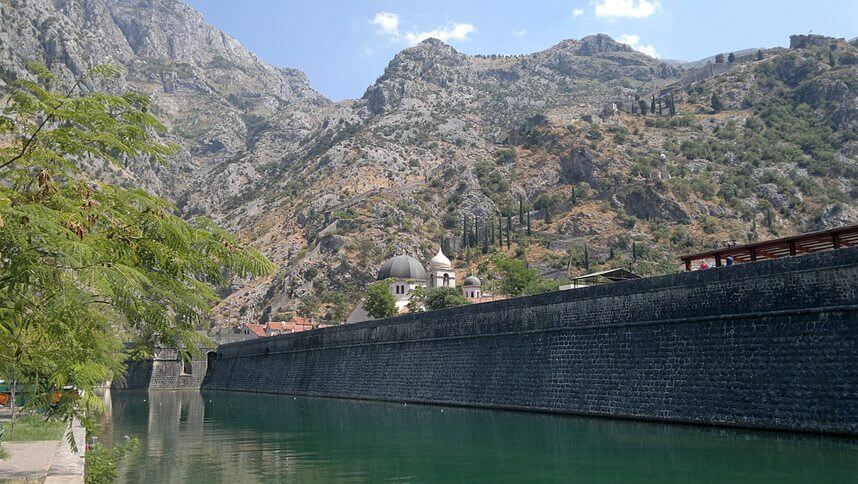 Familiarizing with a country or a city is starting the moment you begin to plan a trip to it.  Surfing the web, listing the brochure or a travel guide, watching a documentary, or talking to friends that already visited it – all of these is a short introduction to what is coming next, and that is – walking down the cobbled streets, discovering new parts of town in person and meeting the natives.

When it comes to Porto Montenegro, as soon as you touch its territory, polite staff and people will offer you a wide variety of opportunities to meet and acquaint yourself with Montenegro. Those who have an adventurous spirit, and do not fear plenty of information at once will visit Kotor city walls right away.

Only 12 km from luxurious accommodation within the Porto Montenegro complex, there is a city with imponderable historical heritage and tradition. Kotor has so much to offer, which is also recognized by UNESCO which listed it as the World Heritage Site. 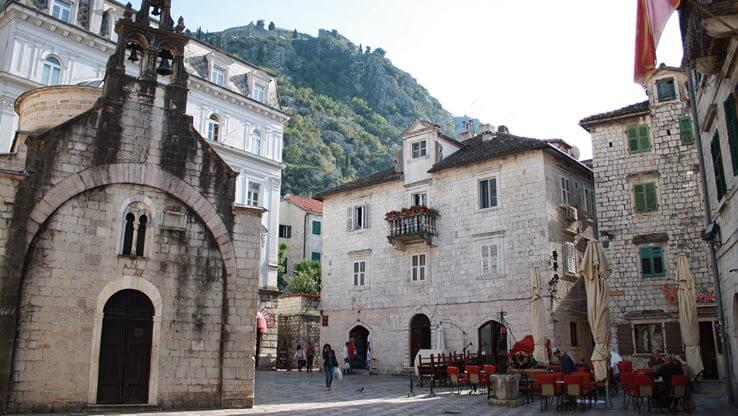 At the foot of the hill San Giovanni, surrounded by underwater spring Gurdić by one side, and the river Skurda on the other – lies the Kotor town. Kotor is a typical example of a Mediterranean city with a turbulent history including wars, sieges, and even earthquakes.

Here you can see the enchanting net of serpentine streets, old squares, houses with red roofs, churches, and bell towers, and smell the wild oranges and lemon zest from the gardens by the road. Natives are more family-oriented during the winter period, and during the summer season, they are preoccupied with tourists and hospitality.

The walls of Kotor climb steadily to an elevation of 280 m, and the fortification physically separates uptown from the part of fortification reserved for the military only. Some parts of walls are even 20 m high, and the width of the walls is between 2 and 16 meters.

The upper rampart contains tree entries in the city – Sea Gate, River Gate, and Gurdic gate. By nightfall, the gates would close and it was impossible to enter the town. At the top of the hill, within city walls, there is a door that leads to Spiljari village, just like the Gurdic gate as well.

Within the walls on the hill, there are about 40 positions, shelters, and water tanks, as well as small barracks, towers, watchtowers, ammunition depots – in fact, everything that was needed by the soldiers who stayed upstairs.

There used to be four churches on the hill itself – St. Roko, Our Lady of Health, St. Stephen, and St. John the Baptist, after whom the fortress at the top was named. 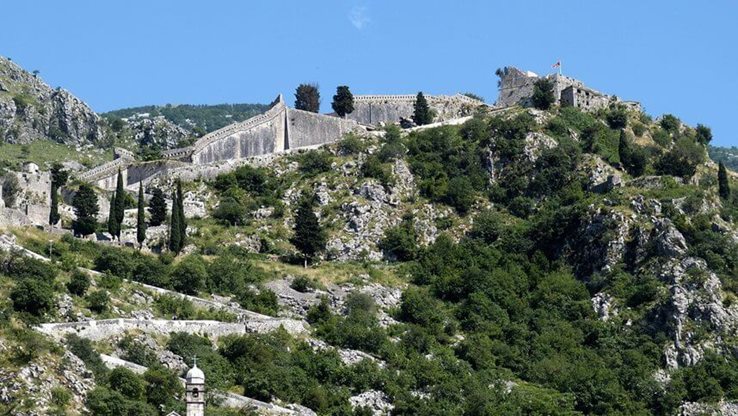 The walls of Kotor as the protection of the city

The city walls played an important role in the defense of the city. The very fact that the city was never conquered during the fighting, tells us about the value of this cultural and historical monument, which is on a special UNESCO list of Venetian fortifications.

The bastions of Riva, Bembo, Valijer Korner, Gurdic, and the Kampana tower are part of the walls of Kotor that can be easily visited. The promenades connected by the bastions are witnesses of the turbulent events that took place on the sea right in front of the city.

The most fascinating part of Kotor city walls is the one that follows the line of the hill. Along its very edge, there are walls that, together with the cliffs, on which they lean, practically prevent any access to the city.

The fortification complex with the tower at the top and the ramparts around it developed gradually. Special articles of the Medieval Statute of Kotor defined who and in which manner would maintain the walls.

Ladder of Kotor and the archaic St John fortress defender

It is relatively easy to reach the San Giovanni fortress. The main entrance to the Kotor city walls is at the North of the town. Good mood, summer morning or winter afternoon is an ideal setup for climbing a staircase that has over 1400 steps.

The number may seem scary, but at the first rest station called Sveti Roko, you will have the opportunity to hold your breath and enjoy the view of the city. As soon as you see this panorama, you will want to reach the top as soon as possible because the view will be even more beautiful.

From Sveti Roco, the staircase leads to Sveti Josip, and there you will begin to recognize the roofs, bell towers, famous places in the city but also the surrounding places that adorn the coast of the Bay of Kotor. Before you continue the ascent, your attention will be distracted by a path along the transverse rampart that leads to a small square in the town known as Škaljarska place.

A couple of cypress, iris, almond, and laurel scent will accompany your adventure. You’ll stop, look up, and the passing chapels and the church of Our Lady of Health are there. Here you can take a beautiful photo of the city using one of the thousand loopholes in the walls as a unique frame.

Small narrow rectangular openings can be seen along the length of the walls, so you can imagine what it was like for soldiers – defenders of the city to swing a sailboat at sea or enemies who came across the slopes of Lovćen.

If you are lucky, when you climb to the fortress, you will meet the inhabitant of our walls – the Clausilia cahtarensis, an endemic species of naked snail. 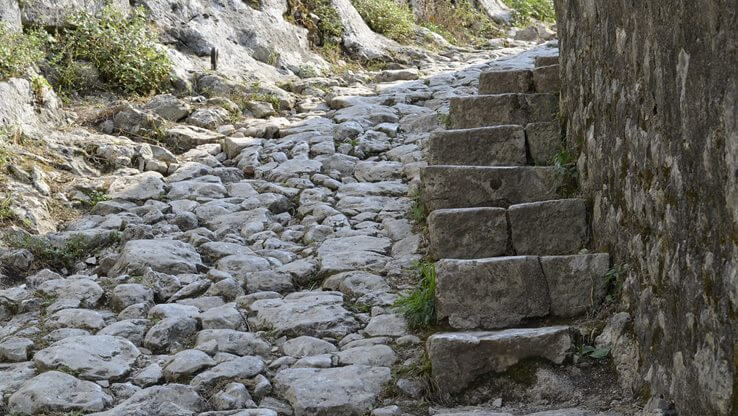 The fortress or Kashtio as the people of Kotor calls it, had everything needed to act independently. The entrance was regulated with a chain bridge which is still in use. The chapel of St. John (San Giovanni), after which the hill and the fortress are named, is still part of the fortress.

The view from 280 m above sea level is impressive – here you can see Kotor and the bay as in the palm of your hand. On the other side of the valley is the abandoned village of Špiljari.

The impressive medieval fortification skills are the reason for the growing number of visitors and enthusiasts who want to discover all the secrets of the walls of Kotor and the fortress of San Giovanni. For those in good shape, the climb will take about 40 minutes – for those looking for good photos, it will take a little longer.

Spiljari and the old road

The view to the East from the Kotor fortress San Giovanni takes us to another world – far in those ancient times when, in the valley behind the hill, hidden from view lived the inhabitants of the oldest village in the Bay of Kotor.

There used to be about twenty inhabited houses in the village of Špiljari, but during the Second World War, by order of the occupation authorities, everything was evicted.

Today we can see only the foundations of long-abandoned homes, where fruit and vegetables were once grown. It is still possible to see the Church of St. George dominating the small abandoned village like it is still hoping for the return of old families. There are frequent visitors who, coming to this deserted village, enjoy peace, dreaming about the life that was once present there.

The Spiljari can be reached by the old serpentine road, which was built in 1884 on the site of the old route of the road, which is much older. This old road led from Njeguš through Krsac, beside Špiljar, for which a special path separated, all the way to the plateau next to the river Škurda where Crnogorski Market was located once.

At that market, Montenegrins sold their products to the people of Kotor. Their entry into the city used to be possible only with a special permit, only during the day with the obligatory of dumping the weapons before entering the city. The village of Špiljari, historically speaking, was the connection of Kotor with the hinterland.

The town of Kotor and its mighty walls, the village of Špiljari, and the old serpentine road are inseparable entities that you must visit when you come to the Bay of Kotor.