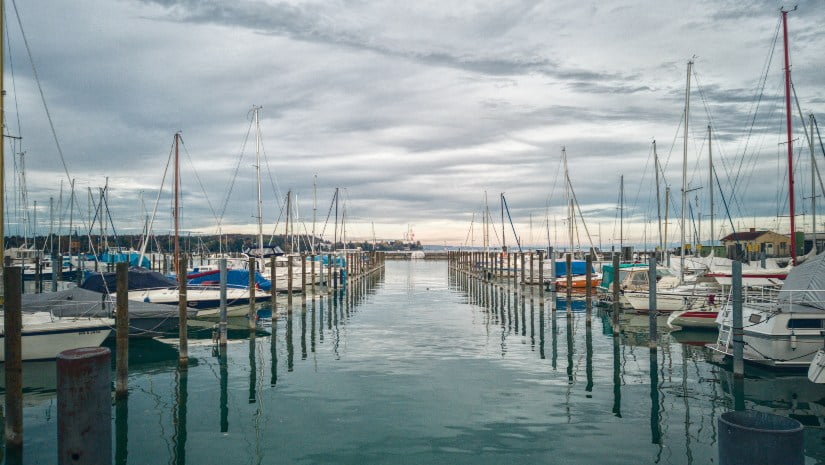 Every boat and yacht owner should be informed about what is the full responsibility of the crew on board. In order for the yachts and boats to be highly functional over time, the essential thing is detailed maintenance and safety checks by professional crew members who will take care of every single aspect of the vessel.

One of the most important responsibilities of the crew is to be able to do boat mooring perfectly. It is the term that many people have heard, at least, once in their lifetime, but they don’t have a clear idea of what it really stands for.

Mooring, berthing, docking, is there any difference? Are there any mooring types that differ from one another and which are the most important ones? Why is boat mooring so essential to know?

Here are some of the answers that will help you get the clear picture of these terms.

Mooring definition and explanation – fixing the vessel in the water

Boat mooring is important because it represents the action of attaching a boat or a yacht to a mooring in order to prevent its free movement in the water. It means that the vessel would be fixed in the water with a mooring anchor, without connecting it to the shore.

In other words, boat mooring stands for a single spot in the water where the mooring anchor device is permanently attached to the seafloor. In that way, the boat or a yacht would float still, without moving anywhere else, because of its fixed position.

The structures to which a boat mooring is possible to be done are: mooring and anchor buoys, quays, pier, jetties, and wharfs. There is a special mooring system that connects an anchor to the floating structure or the seafloor, which is made of connectors, mooring line, and anchor.

Boat mooring needs to be done by people on a vessel and on a pier. The sailor would  pass a mooring line to a person on shore. Mooring lines are made from nylon or manila rope, which makes them elastic and durable over time.

When it comes to the boat mooring field, it is important to know that it represents the area within a body of water which has mooring lines especially made for securing a large number of boats and yachts. It can be available for both commercial and private vessels.

People can affix their boat or yacht in the mooring field, securing it to the mooring buoys which are attached to anchors. A buoy is a floating object in the water which is used as a locator or warning point for the ships.

Mooring cover is made to cover the entire yacht or boat using a rope that is sewn in a hem all the way around the cover, while the straps of the mooring cover are running under the vessel from one side to another one. 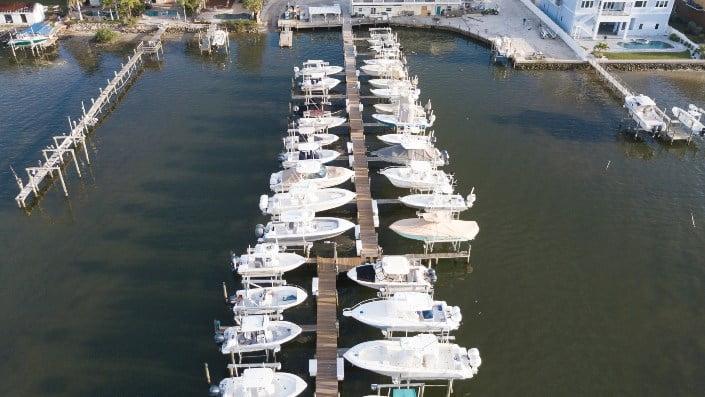 The reason why moorings are more used than temporary anchors is because they are convenient, more powerful and aren’t damaging to the marine environment as anchors.

Here are the most important boat mooring types you’ll need to know, especially if you are sailing the seas very often.

One of the most common mooring types are pile moorings which bottoms are driven in the seafloor, while their tops are above the surface of the water. Mooring lines are tied to two or four piles in order to fix the vessel position between them.

Pontoon moorings – platforms for fixing vessels in the water

Mooring yachts and other vessels to the floating pontoon is one of the most common mooring types at sea, on a lake or pond, and in a port or marina. A pontoon is a platform which fixes and secures the vessel in the water, providing the walking access.

Marina berth – spots in the water for parking your vessel

Marina berth is a term which represents a spot in the water for parking a vessel. It means that a boat or a yacht is parked in a secured position in a marina.

One of the simplest types of yacht and boat mooring is swing mooring which includes anchorage set at the bottom of a waterway with a rope or a rode running to an floating object on the water surface.

They are called swing moorings because, when the direction of tide or wind changes, a vessel moored in this way swings in circles. It is one of the most popular mooring types at sea.

Pier moorings are platforms which are fixed in the waterway and supported on pillars, where boats and yachts can land. They are structures which are leading out to the water body from the shore.

Running moorings means that vessels are close to the shore, between pulleys and two fixed points in the water. The vessels are secured afloat near the shore.

Jetty moorings – structures fixed on a bottom of a waterway

Jetty moorings stand for structures which are fixed on a bottom of a waterway and are also used as landing stages for vessels.

Trot moorings – opposite to a swing moorings

Trot moorings are known to be opposite to a swing moorings, because it’s stern and bow are moored to a buoy. This type of mooring is most common in limited spaces, where there are too many boats and yachts in a marina.

The difference between boat berthing, mooring and docking

When it comes to boats mooring types, one of the main questions is what is the difference between mooring, boat berthing and docking? Although they are very similar, there are important differences that need to be explained.

The main difference between mooring and berthing lies in their common usage on all kinds of vessels. Bearth is a part of a dock, and berthing means that a vessel should be placed into a bearth, in a fixed position. A bearth includes fixed points fore and aft for securing the boats and yachts.

On the other hand, mooring yachts, boats and other vessels, stands for a single point for fixing a vessel. Docking means that a vessel is brought to the dock, which stands for a structure in the water where yachts and boats are tied up.

In Porto Montenegro marina, which is  the largest marina on the Adriatic coast, besides mooring assistance, you can get excellent yacht & concierge services and custom clearance. You can be assured that your vessel will be in good hands, while you are enjoying the beautiful and luxurious Porto Montenegro.