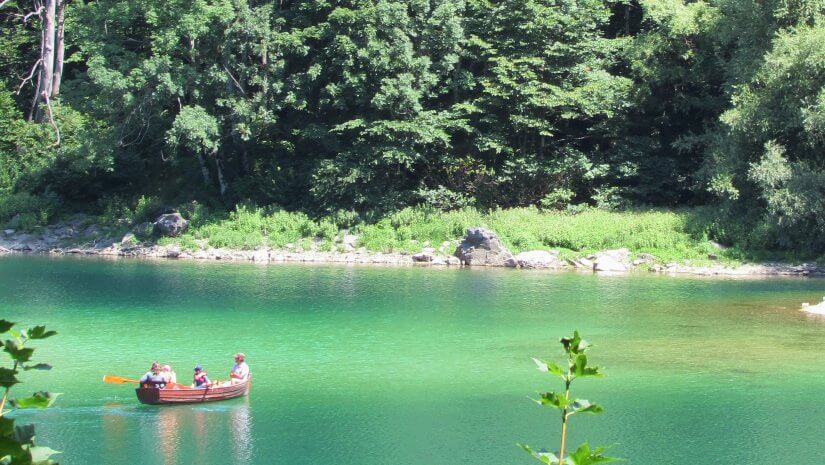 There are many breath-taking places worth visiting in Montenegro. Whether you are looking for a beautiful summer holiday on the Adriatic coast, or you prefer a perfect getaway in the hidden corners of Montenegrin nature, you’ll be delighted to know that, one of the smallest European countries, has many wonderful landscapes worth visiting.

One of the most beautiful places you could visit in Montenegro is Biogradska Gora National Park – one of the most imposing forests and National Parks in South Europe. It is situated in mountain Bjelasica, in the central part of Montenegro, within Kolašin municipality, surrounded by towns of Mjokovac and Berane, between the rivers Tara and Lim.

The National Park is under UNESCO protection because this area contains one of the few remaining large virgin forests in Europe, a synonym for an old-growth forest that is well-preserved.

Here is the story of magnificent Biogradska Gora National Park in Montenegro and its’ remarkable beauty. 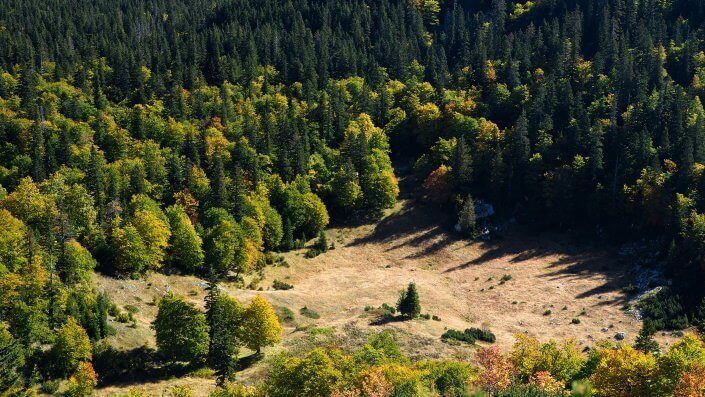 Did you know that Biogradska Gora is the first National Park in Montenegro? The story of this rare, nature’s diamond begins in the 19th century, in the year of 1878, when the local tribes and brotherhoods of Montenegro gifted the area of Kolašin municipality, to king Nikola Petrovic of Montenegro.

It became the so-called, “king’s shelter” and since then it is under the state protection. In the year of 1918, the National Assembly confiscated the property of the Petrovic dynasty which included Biogradska Gora National Park. This period was known as a period of neglect and deforestation of the park.

In 1935. people of Montenegro wanted to proclaim this area as a National Park, but that didn’t happen until the year of 1952. when Montenegrin authorities started the post-WW II restoration of destroyed houses within the park.

Biogradska Gora was declared National Park in 1952. and since then, it is well-preserved in a way that not a single tree or a larger plant has been cut. The Park later became a favourite place of significant figures like Josip Broz Tito, former president of Yugoslavia and actors Sophia Loren and Harrison Ford.

The reason why Biogradska Gora attracts many tourists all around the world is, among other things, because of its enchanting glacial lakes. The most famous is the lake Biograd on mount Bjelasica, 1.094 meters above sea level.

Lake Biograd is the biggest mountainous lake in Montenegro with 12 meters deep, 261 m wide and 870 m long. The lake of Biograd is filled by BIograd river and periodical streams, making it one of the most beautiful glacial lakes in the area.

The surface of the clear lake Biograd reflects blue-green colours of the forests that surround it. Many people visit this place to enjoy the unforgettable scenery of the lake. The legend says that fairies made the lake by dancing in circles.

There are also other glacial lakes, cirques and waves in Biogradska Gora which contribute to the breath-taking beauty of the whole area of National Park. Besides lake Biograd, there are beautiful Ursulovacko, Pesica, Sisko, Mali Sisko and Sevarina glacial lakes.

Rich flora and fauna of the Biogradska Gora National Park 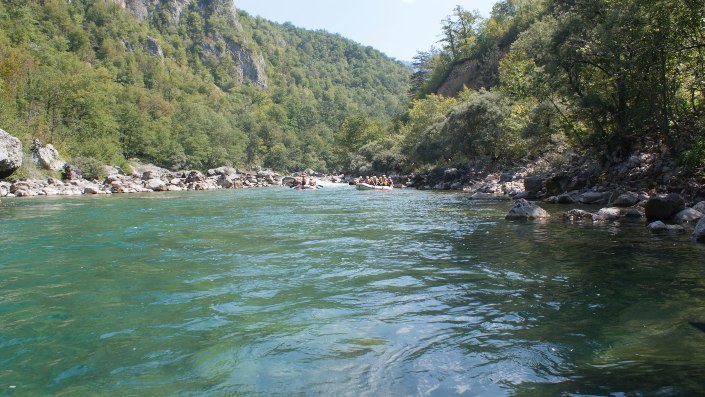 The Flora of Biogradska Gora National Park is rich with wonderful coniferous and deciduous forests, meadows and pastures. The nature of this Park remained untouched because it is preserved by authorities.

There are more than 2000 plant species, 86 types of trees which are a part of 26 distinct plant habitats. Experts say that 20% of them are endemic to the Balkan Peninsula. One of the most common tree types that make amazing forests in Biogradska Gora National Park is usually spruce, beech and fir trees. Most of the trees are more than 500 years old and more than 50 meters high.

One of the most special plants of the Park is the beautiful pine tree. What is interesting about the Biogradska Gora is that the Bjelasica mountain tops Crni vrh (Black peak), Galica, and Crna glava (The Black head) got their name because of the dominant colour of black pines and green clearings of blueberries.

Fauna of National Park – perfect refugee for many animal species

Many animals of Biogradska Gora National Park, due to its favourable climatic conditions, have found refuge in this enchanting area. The fauna of Biogradska Gora is also rich with more than 37 species of mammals, mostly, including deers, otters, and wild boars.

There are also different species of bats, rodents, 350 types of insects, among them 80 species of butterflies, and 150 species of birds. There are 4 different ecosystems: aquatic, forest, alpine nature and relict deciduous.

The forest ecosystem includes birds such as grey hawks, mousebirds and brown creepers. Wild animals, among which the most famous are: roe deers, wild boars and deers. In the aquatic ecosystem found in Tara river and glacial lakes, there are brown trout fish, but these areas mainly serve birds for their nesting.

The alpine ecosystem is situated in the area of the high mountains where one can find some of the endangered animal species such as chamois, eagles, falcons, etc. The relict deciduous ecosystem contains animals like a white-necked flycatcher, Lilford’s colourful woodpecker, Mediterranean gazebo, down nut, and many others.

When it comes to the climate of Montenegro Biogradska Gora has 4 different types of climate. Biogradska Gora weather is diverse because of its specific location. There are moderately continental, Adriatic Mediterranean, mountainous, and sub-mountainous climates.

Since Biogradska Gora in Montenegro is situated in mountain Bjelasica, the average summer temperature in this area is only 17 C. Everyone who is searching for a perfect get-away from the, often, unbearable summer heat, Biogradska Gora is the best choice for a pleasant holiday. 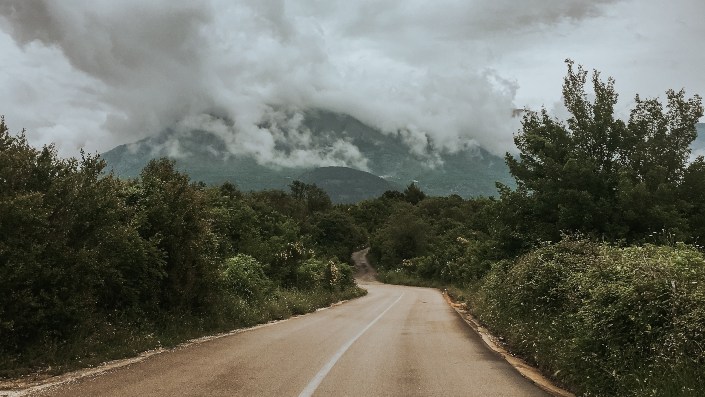 If you are interested in what you can do in Biogradska Gora National Park of Montenegro, you’d be delighted to know that the list is pretty long and truly exciting.

Besides Biogradska Gora camping, there are other interesting things to do. If you’d love to try some of the extreme sports, you could go on Kayaking, Canyoning, Rappelling, and Rafting tours on Tara river in Mojkovac municipality nearby.

These activities are great for adrenaline lovers, who can’t imagine their vacation without collecting unforgettable experiences and memories. You could also go hiking and exploring all the hidden corners of the enchanting Biogradska Gora National Park.

If you are staying at Porto Montenegro, which has one of the most beautiful marinas on the Adriatic coast, and you’d love to visit Biogradska Gora National Park, you’d need to know several things.

Porto Montenegro is 180km far from  Biogradska Gora, and the fastest route is the M2.3 and E65/E80 across Budva, Podgorica and Kolašin. You’d need approximately 3h and 15 minutes by car to get there.

The trip to Biogradska Gora National Park is something you’ll remember your whole life, thanks to its’ divine landscapes, mountainous terrains,  authentic and enchanting flora, fauna and glacial lakes. Give it a try and let it amaze you with its remarkable beauty!