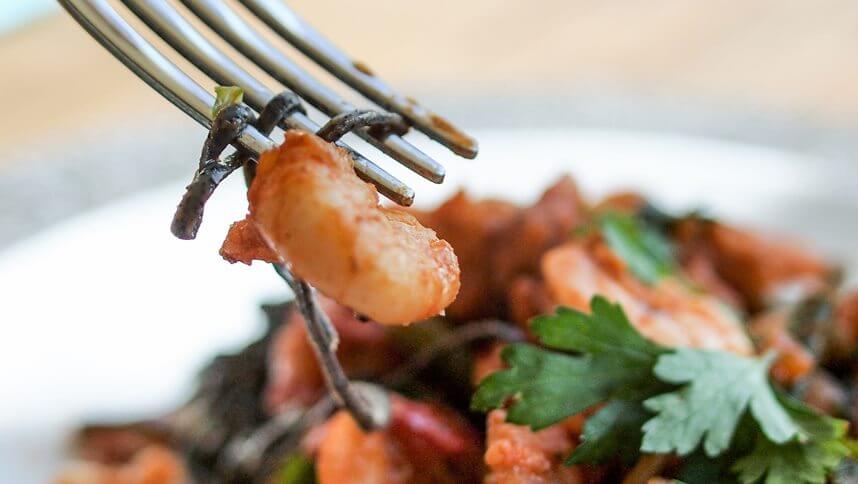 If you plan on visiting Montenegro and its’ coastal region, or you already did, then you’re certainly familiar with at least some aspects of the Montenegrin cuisine – whether that refers to coastal, regional or more traditional food specialties.

Either way, today we wanted to present you with one Montenegro coastal specialty, which can also be referred to as an Adriatic specialty, being that is very popular along the entire coastal region. Many locals have actually grown up with some form of this dish, regardless of living in the Boka Bay, Dalmatia or some other part of the Adriatic.

It’s about buzara – a coastal seafood specialty that can be prepared in more than one way, each tastier than the other, which is why we wanted to tell you a story about this tasteful dish you can try in Montenegro, or in some of the luxurious restaurants if you plan on staying in Porto Montenegro.

Before we introduce you with a savory buzara recipe, let us first familiarize you with the facets of the Montenegrin coastal cuisine in general. 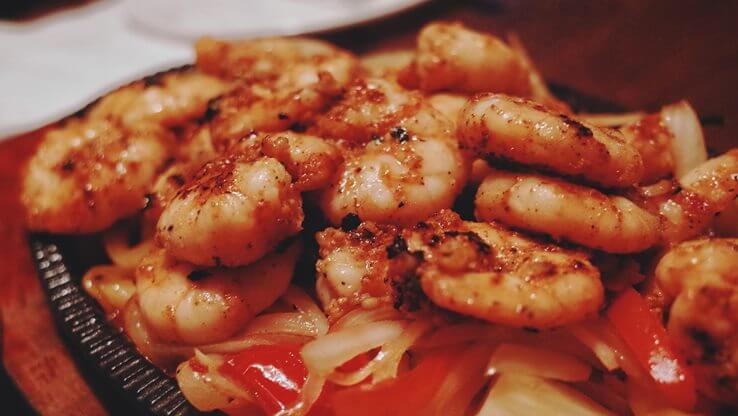 We can honestly say that Montenegrin coastal cuisine features a lot of grilled seafood, garlic, olive oil and Italian-style dishes, but regardless of the manner its prepared, every coastal dish in Boka Bay you ever try – will be the most delicious specialty ever.

One of the most prominent features of the Montenegro coastal specialties is that they regard as healthy foods, mostly based on vegetable dishes with addition of olive oil, fish and shells, wine, goat and sheep cheese, as well as citrus fruits, grapes, figs and almonds, which are also indigenous to Montenegrin Riviera.

What is specific about coastal Montenegro cuisine, are the methods of fish preparation (in buzara case shrimps and mussels), such as grilling, boiling, stewing and frying.

When main dish is grilled, that means a barbecue is involved, but in order for the main course to keep that savory feel, it has to be coated with some kind of aromatic herbs – usually rosemary. After the process is finished, the dish is typically served with dressings made of garlic, parsley and olive oil, an combined with vegetables and lettuce.

If the main course, is by any chance, boiled, the water is always spiced up with oil, wine, vinegar, onions, bay leaf and other seasonings that will contribute to the rich taste of the final dish. In the end, it is usually served with boiled potatoes and chard on the side, which makes it and ideal choice for dinner.

The stews can be made of various seafood (fish, shrimp or shellfish), and is typically served with polenta, a cornmeal porridge variant, however, it is good to note that seafood is always prepared with addition of white wine and coastal herbs.

Now, having said what you can expect from a typical coastal specialty in Montenegro, let us introduce you with all the side dishes one main course is usually followed with. 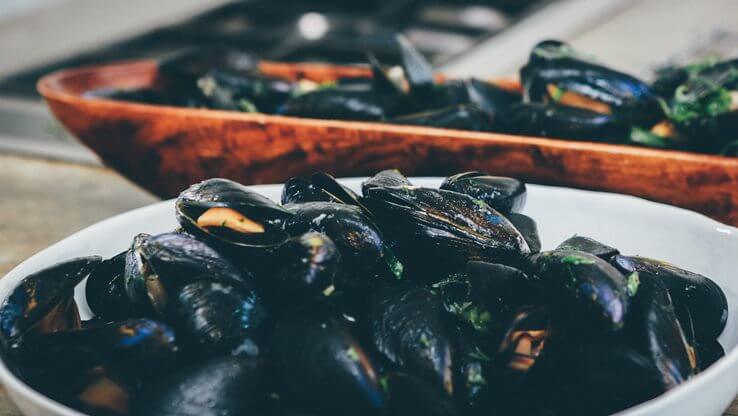 Buzara is a highly versatile, everyone’s favorite in the coastal Montenegro, but before we dedicate this blog to the preparation of every possible variant of this delicious food course, let’s talk a little bit more about the dish itself.

As we already implied buzara is a dish that can be found on every menu along the coast, but often those dishes slightly differ, but there is one dish that buzara is often mistaken form and that is Dalmatian brodet (or brujet).

Brodet is a dish that can be found in various forms all over the Mediterranean, and while the names and the ingredients of the dish can differ slightly, the gist of it is the same – it is a tomato-based fish stew. However, a buzara variant that is similar to brodet is called red or a shrimp buzara, and is typically made with shrimps and tomato juice (or whole, peeled tomatoes for a richer taste), accompanied with red wine, olive oil and parsley.

Apart from from brodet being a fish stew, the notable difference between a brodet and the red buzara is that buzara preparation tends to be focused on one element – shrimps (that’s when we address it as a shrimp buzara), shells, eel, cuttlefish, octopus etc. We call it a seafood buzara when we want to cover all the variants.

Another notable difference between buzara recipe and the brodet is that buzara never includes onions – only finely minced garlic.

Now, if you want to make a white buzara, you basically use the same ingredients like in red buzara, except for the tomato juice, but the general rule is that the white buzara is made with mussels, known as – mussels alla buzara.

Some general rules we already established: scampi buzara, or a shrimp buzara, is always served with tomato juice, while the mussels alla buzara never is. All other combinations are possible and agreeable, and the only major difference is in quantities and seasonings used.

Speaking about shrimp buzara (the red one), as previously sad, you can use the tomato juice or a fresh and tinned tomatoes, according to your taste. Red buzara recipe made with tomato puree is of a smoother consistency and is easier to mop up with bread, while the tomato pieces add a nice flavor to the whole dish.

Also, the amount of oil used in this dish can also be adjusted, depending on the quantity, but being that buzara recipe is a stew by definition, that means that usually a larger batch is made, which, proportionally, requires a greater amount of olive oil. 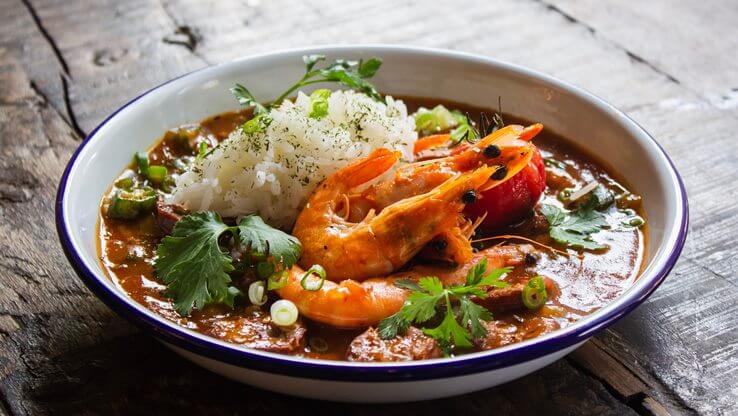 Scampi or a prawn buzara recipe begins with heating the olive oil in a large frying pan or wok, (Chinese bowl shaped frying pan that is ideal for making these kinds of stew). The oil is fried for approximately 1 minute, or until the moment it becomes pale and translucent.

The oil is mixed with garlic, that should turn brown before the wine is added (red or white). After the wine bubbles for a minute, the blend is combined with tomato juice. Shrimps or prawns are added last, and they are cooked until they turn bright pink or orange all over.

After being cooking, scampi or prawns are spiced with parsley, and seasoned with salt and pepper.

The buzara sauce recipe can be made thicker by adding breadcrumbs, proportionally to the amount of liquid that was released from shrimps or prawns. However, the buzara sauce should never be made too thick, but instead should posses a medium thickness, much like a basic bolognese pasta sauce.

The mussels alla buzara recipe starts basically the same like the one for the skampi buzara – the initial steps are olive oil heating, garlic frying, wine bubbling, and finally mussel adding.

Before they are added into the mixture, the mussels have to be well cleaned in the fresh water, that will remove any remaining sand or dirt from the shells. Apart from basic cleaning, the shells also need to be cleaned from the part known as “beard”. The mussels are cooked until they open, but just before they are done, parsley and breadcrumbs are also added to the mixture.

Mussels alla buzara are typically served immediately after being removed from the heat and seasoned with salt and pepper.

Unlike the scampi buzara sauce recipe, the mussel alla buzara sauce should not be thick at all, but of a thinner consistency. This way, the sauce provides enough of delicious juice, which tends to be more tempting than the dish itself.

As we said in the beginning, buzara is a highly versatile dish, that doesn’t really confine to rules, which is why some cooks like to neglect it entirely and tailor a buzara recipe of their own, so in some restaurants you will find shrimp buzara recipe and mussels alla buzara recipe mixture – a delicious seafood buzara at its best.

This Montenegrin or Adriatic food specialty that can be tasted all over Boka Bay, and therefore, in our beautiful Porto Montenegro marina too, so don’t hesitate and explore our seafood restaurants that offer various local dishes, and among them – the unforgettable buzara.