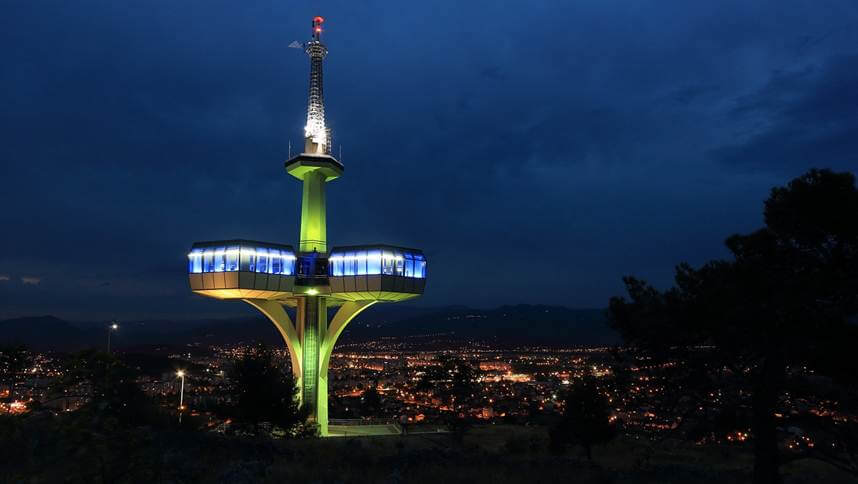 There was so many words about nature, attractions and wonders of Montenegro, it’s coastal towns, it’s mountains, national parks, but we haven’t really taken the time and dedicated worthy attention to the capital of Montenegro – Podgorica. Now, the interesting thing is, Podgorica is not a sole capital city of Montenegro, the other one being the old capital Cetinje, but you’ll find out more about that as you keep reading.

Many people, especially travelers and tourists have asked themselves what’s the capital of Montenegro, or furthermore, got ever so confused by the answer, since there are two of them, with two different roles. We will have a look at both of them and their distinctive function in the country, with the accent staying on Podgorica, as the main capital of Montenegro. 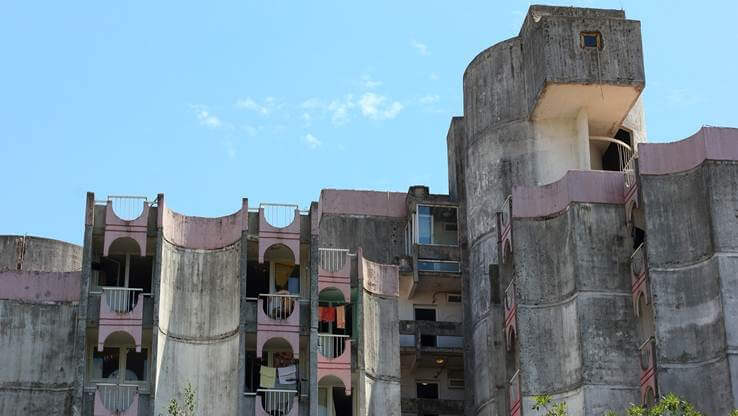 Where is Podgorica, Montenegro capital?

Podgorica is located in the central Montenegro, an area crossed with rivers. The rivers Morača and Ribnica flow directly through the city, while Zeta, Cijevna, Sitnica and Mareza flow nearby, with Morača being the largest of said rivers.

Contrasted to the better part of Montenegro, Podgorica lies in an area that is mainly flat, in the northern Zeta plane, with the only exception being the hills that overlook the city, one of them being Gorica, the hill that city got its named from.

As you well know by now, Montenegro weather all together can be described as warm and sunny, with winters being mild on the seashore, and harsh in the mountain area. Nevertheless, Podgorica climate is slightly more humid and subtropical, with only one summer month during the year.

Even though Montenegro capital is only situated only 35 km from the coast of Adriatic, the mountain Rumija acts as a natural barrier, separating lake Skadar and Podgorica from the sea, and in this way limiting the coastal influence on the local climate.

Montenegro capital is by far the largest city in the country, with one third of citizens living here. Podgorica population amounts to 185 937 people, with the majority of population being Montenegrins, closely followed by Serbs. The other represented nationalities are Albanians, Muslims and Bosniaks.

The Montenegro capital is a home to three major religious groups, those being Christian Orthodox, Christian Catholic, as well as Sunnite Muslim. The Orthodox Christian portion of the population mainly originates from Montenegrin and Serbian residents. The Muslim population is mostly Bosniak and Albanian, while Catholics are mainly local Albanian minority.

Things to do in Podgorica capital city and atractions to see

Now, being a Montenegro capital, Podgorica has a task to make you fall in love with it, so are some of the most popular things to do in Podgorica and places to see.

Being that Podgorica in Montenegro probably has the richest historical legacy, it is only fair to be the home of one the most historic sites in the country, that being the Ribnica Bridge. What started as an outpost gradually became a settlement in its own right. The bridge was originally built by the Romans in the 5th century, than renovated under the Ottoman rule. 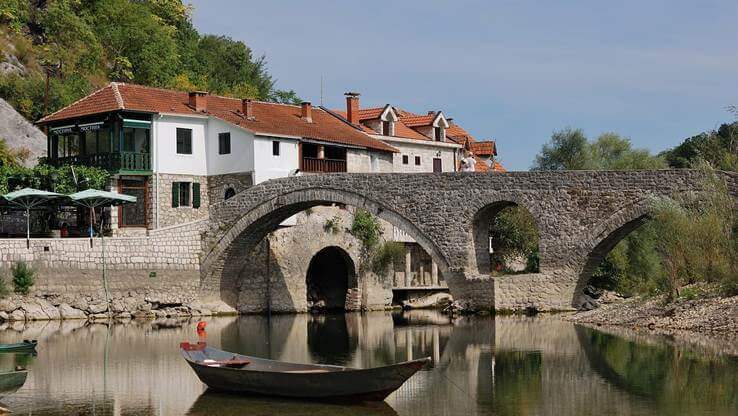 Old Town far away from the coastline

Old Town (Stara Varoš), might not resemble the famous coastal towns such as Kotor, Budva and Herceg Novi, but it still has its own unique historical value. It was built under the Ottoman rule, now containing shopping districts with jewelry shops, restaurants and boutiques.

Since the Montenegro capital was heavily bombed during WWII, not so much of the old city remains, but you can visit the Turkish mosque and the clock tower (Sahat kula).

Podgorica museum and its treasures

Even though most of the historical artifacts are put on display in the old capital of Montenegro (Cetinje), Podgorica managed to keep some of them, mainly concerning Doclea. They represent an interesting display of items from everyday life, as well as Doclea antiquities. Apart from the archaeological display, there are also ethnographic, historical and cultural findings as well.

This is something you definitely didn’t know, but Montenegro capital is actually a home to the largest unbroken vineyard in the Europe, owned by the most famous Montenegrin winery – Plantaze. These wines are basically impossible to miss – every tavern and a restaurant serves their wine.

This natural spectacle is just a short drive away from Podgorica. It’s a great spot to have a snack in a nearby restaurant, that has nice outdoor tables by the river Cijevna, serving classic Montenegro meat and fish dishes.

To see the waterfall, you need to go past the outdoor seating and the restaurant, when you’ll come across a really amazing sight when it looks as if the falls are everywhere around you. We recommend you visit the falls in spring, since it can be dry in the high summer and early autumn.

Also, if you have kids, they are gonna love this place because the before mentioned restaurant has a play area with cute little animals for children to pet.

We’ve been writing about Duklja a few times now, and it’s because it is one of the most outstanding sights Montenegro can offer in terms of archaeology and heritage. It’s an Illyrian settlement that was founded 2000 years ago, with a necropolis containing more than 300 tombs that date back to the 1. century.

Church of the Resurrection of Christ in Montenegro Capital

This Orthodox church is located in the downtown of the Montenegro capital. It was founded in 1993., which makes it a quite “young” church. It’s situated in an open field, surrounded by tombstones, with some of them dating back to 9th century.

The church itself is renowned for its specific design. The stone slabs at the bottom are huge and rough, but as you gaze up, the stone gets smoother and finer. The church also has beautiful ornate details, while on the inside is decorated with frescoes and murals.

If you haven’t been to an Orthodox church or a monastery before, you should know that a specific set of rules apply regarding the dress code. This refers to all Orthodox temples, whether or not they are placed in Montenegro capital. When entering the church you should dress modestly, with your shoulders and knees covered.

If you want to show respect, make the sign of the cross upon entering and exiting the church, and buy candles to lit and place them inside of the church, in the small chapel. This a way to ask God for blessing for a specific person or your whole family. There are two trays in the chapel – top and bottom. If you’re praying for the living, you’re placing the candle in the top tray, while the bottom one is reserved for the dead. 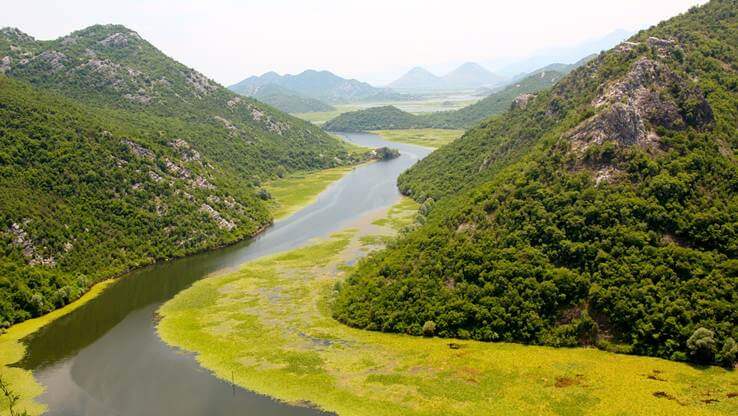 One might say that a remarkable history of Montenegro’s capital Podgorica is an interesting read through the ages, since it’s turbulent history has really left a mark not only on its infrastructure, but also on it’s way of life, as well as local population. Podgorica, apart from being the Montenegro capital, is also it’s largest city, and also a city that has managed to change its name for 5 times over the course of history.

Early Podgorica history – from the Illyrian to modern times

Some of the oldest cultural remains show that the modern day city was probably inhabited in the Stone Age, but the concrete evidence shows the existence of an Illyrian and Roman settlement, known as Birziminium, located at the confluence of the rivers Ribnica and Morača.

In the Illyrian period the area was inhabited by two tribes, the Labeati and Docleati, with the Docleati being of greater reference to this story. They settled in the Zeta river valley and thanks to the fertile plane of the river and favorable geography, they managed to get and easy access to trade routes, which in turn helped them to establish stable economy growth.

Thanks to this course of events, their settlement, Doclea, became the center of the province at the time, and today is one of the most, if not the most important settlement in archaeological site in the country, located just a few kilometres out of Podgorica. The name of the said province was Prevalis, and the archaeological data showed that its center was inhabited by outstanding 8 to 10 thousand people, which is probably the factor that ensured a steady economic growth.

The rise of Podgorica capital of Zeta region

It might seem destined that Montenegro capital had to be situated in this region, since various centres from the course of history were all settled here, with Zeta beginning to emerge in the 11th century. With the rise of the more important settlement known as Ribnica, that was later renamed Podgorica, the story of Montenegro capital begins.

The name Podgorica was first mentioned in 1326., in document store in Kotor, where it is referred to a hill named Gorica, located in the northern part of town. Nevertheless, during the Middle ages, Podgorica grew to become an important cultural, religious and trading centre, mostly thank to its favorable position – the plane of Zeta river made it into an important crossroad, on many regional trade routes.

As much as the city prospered, it has always been on the edge of turmoil, never catching a break – in the year of 1484. it was conquered by the Turks, in a reign that lasted for more than 4 centuries. During this period of time, the Montenegrins never stood idle, struggling constantly against the oppressors, finally gaining independence in the year of 1878. 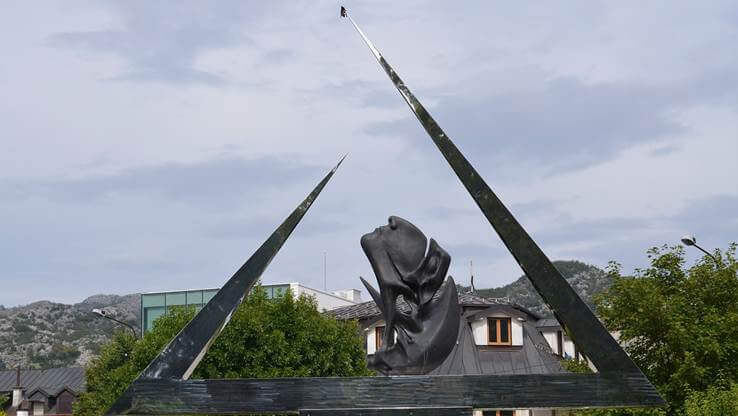 World Wars and the Montenegro capital

The turmoil never stopped, but actually increased with coming of the World Wars. The WWI broke, and Podgorica was ultimately taken by Austrian troops, liberated in 1918. In period between the wars, Podgorica population amounted to 13 thousand people. After the Second World War broke out, Podgorica was bombed more than 17 times and was almost completely destroyed, having lost over 4 thousand lives.

The old royal capital Cetinje was founded in 1482. by Ivan Crnojević, the Lord of Zeta, and it doesn’t have a history as long as Podgorica. The motive behind the foundation of the city lies in an attempt to avoid the Ottoman invasion, the attempt that came to be futile.

Due to its location, Cetinje came to suffer the attacks both from the Ottomans and the Venetians, which continued throughout the 16th and 17th century. The importance of Cetinje lies in its cultural value for the county – Lord Crnojević founded a court and the Old Cetinje Monastery, one of the most important monasteries in Montenegro, in general.

Cetinje was also very dedicated to literature, with the city having its own printing house, which was the first ever printing house in the southeastern Europe. 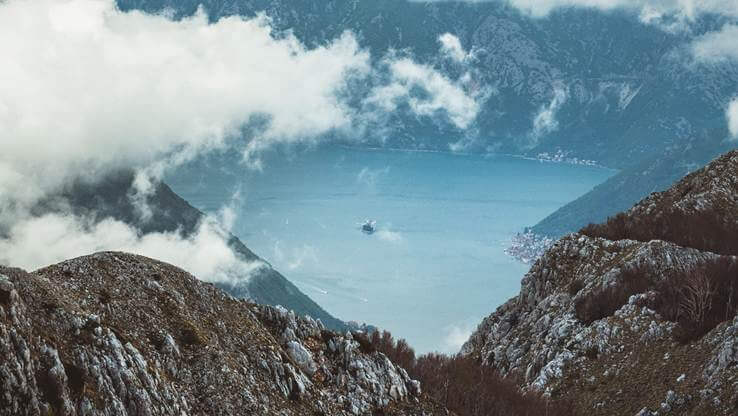 We already established that Cetinje was the first Montenegro capital, in 1878.,  after gaining the independence from the Turks and that independence was recognized. In 1910., when Montenegro became a kingdom, the city further became an important cultural and political center. But, after two World Wars came and went, Podgorica was chosen as a the new site for the Parliament, and therefore, the new Montenegro capital. Today, Cetinje only houses the presidential residence.

We hope you liked this walk through history of the Montenegro capital, and that we managed to inspire you to visit Podgorica. It might be a little “off road” if you’re renting apartments in our gorgeous Porto Montenegro marina, but trust is, it’s worth the drive and it can be a great start to discovering and understanding more of our country’s history.